Well, we’re just a few days out from the big 2022 midterms, folks. We’re standing on the precipice, ready to derail the commie Dems and turn Joe Biden into the oldest lame duck on the planet. The only thing we need to do is flood the polls like a red tsunami. If we don’t do that, we won’t win. Let the anger from the 2020 sham election be your fuel for revenge, and flood the polls and vote red all the way up and down the ticket. It’s the best way we can send a message to this dementia-riddled old fool and his communist Handlers.

And speaking of that confused buffoon, did you happen to catch that speech he delivered last night? It was so divisive, nasty, and out-of-touch. Once again, Joe is focused on another millionaire in peril, instead of the American people who are deeply suffering. Joe doesn’t care that you can’t pay for groceries, all he’s worried about is some drunken millionaire who rolled around in his undies with a hippy nudist and a couple of hammers.

Well, that horrendous speech he gave was so bad, and so tone-deaf, that it went over like a led balloon with pretty much everyone, including Democrats. Here’s what NBC reported about the left-wing backlash:

We don’t yet know the outcome of the 2022 midterms, but the blame game for Democrats is already underway.

And we saw some of aimed at President Biden’s speech Wednesday night on democracy.

Here was Faiz Shakir, Bernie Sanders’ 2020 campaign manager, before Biden’s speech: “We’re in the last phase where I think you ought to be talking to a persuasion audience, and I hope there are some people at the White House watching, because when you think about this address he’s about to give tonight — I hope they’re re-writing it and focusing on cost of living,” he said on “Meet the Press NOW.”

“If you’re going to vote on democracy … and abortion, I’d posit to you that a lot of those people have made their decision,” Shakir added.

Here was former Obama chief strategist David Axelrod on Twitter, questioning why Biden was putting himself (and his low approval ratings) front and center: “Issues of democracy are hugely important at this moment and in next week’s election. Totally appropriate for @POTUS to address them. Still, as a matter of practical politics, I doubt many Ds in marginal races are eager for him to be on TV tonight.”

And here was the New York Times on Biden’s speech: “Mr. Biden seemed almost to be arguing with those voters who were not, in his view, prioritizing election legitimacy highly enough. Medicare, Social Security and the other issues were important, he said, ‘but there’s something else at stake: democracy itself.’ He added: ‘We can’t pretend it’s just going to solve itself.’”

Our NBC News poll shows “threats to democracy” as a top midterm issue, but it disproportionately fires up rank-and-file Democrats, not independents or persuadable voters.

And it is striking to us that Biden — known for his empathy — is closing on democracy rather than feeling Americans’ economic pain with rising prices.

This is the bottom line, folks. Democrats are the party of the Elites. They only care about “elites.” That’s why they’re so focused on all things “MAGA,” because the elites don’t relate to the working man. Elites want to focus on climate change, January 6th, and Paul Pelosi, while Americans can’t afford groceries.

And James Woods is now making his last pitch to Americans, asking them to vote red this midterm, and I think he picked a very good “reason” to flood the polls… a giant photo of Kamala’s cackling face.

Here’s what James said: “If you vote like your life depends on it, this person will no longer have the deciding vote in the United States Senate. #Vote #Vote #Vote”

Nobody wants to see that cackling face in the Senate anymore.

If you vote like your life depends on it, this person will no longer have the deciding vote in the United States Senate. #Vote #Vote #Vote pic.twitter.com/C8spFKvy7M

Here’s the full close-up of that ghastly face: 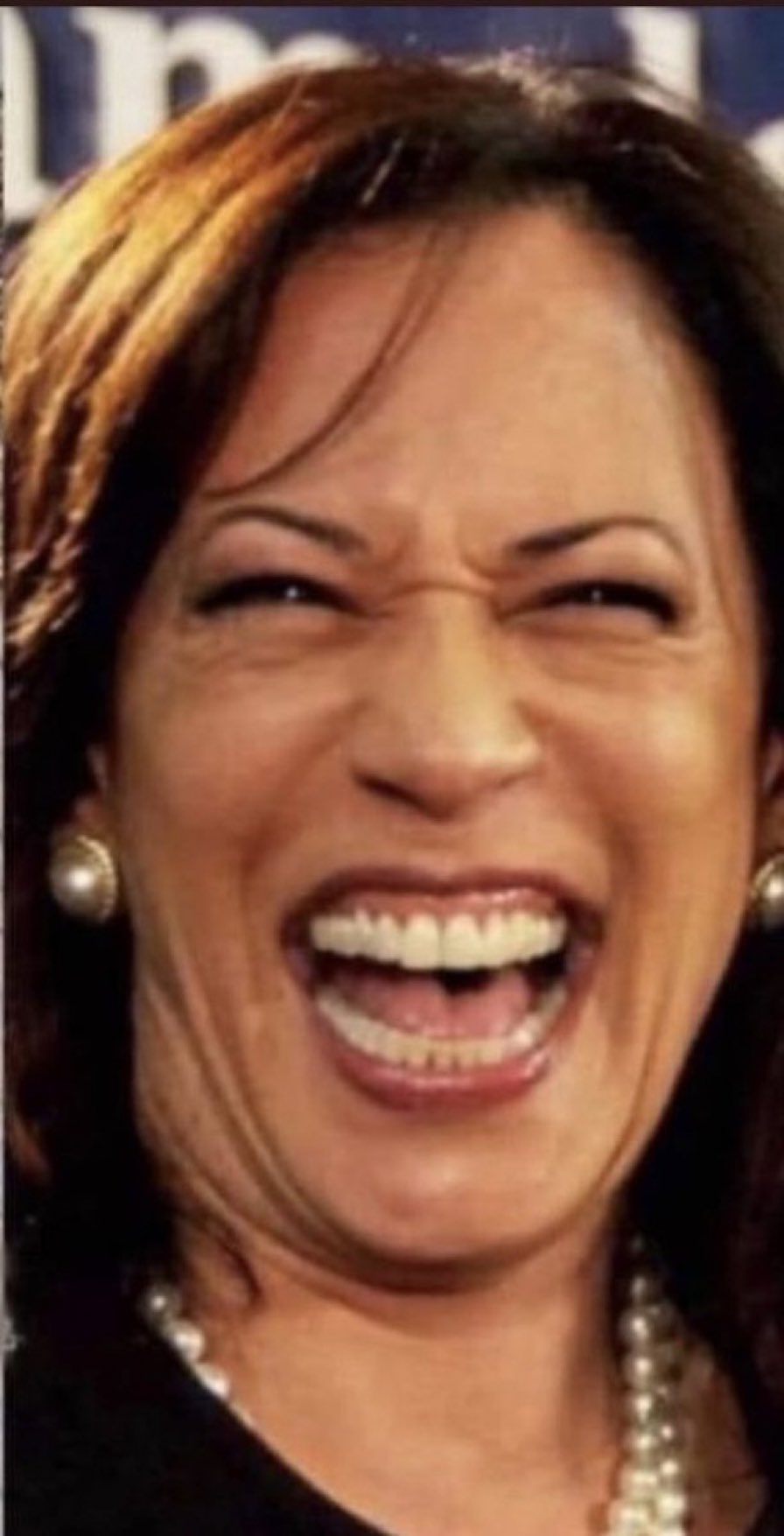 I think that cackling face alone is reason enough to get off your duff and vote red.

If you sit this one out, you’ll be helping keep Kamala, and the rest of the Dems in power. Your ONE vote matters, more than you’ll ever know, so please, flood the polls, and send the biggest, brightest, and reddest message to everyone in DC, that we the people still have the power, despite Dems’ cheating ways.