Look, I don’t behoove any president for hosting dignitaries, and putting on a nice party. I get it. That’s part of the whole “job.” And even though most of the country thinks the 2020 election was a cheaters paradise, Biden and his nursemaid wife are still the two buffoons who are occupying the White House at the moment, and as a result, they must host big events. Again, I get that, and truthfully, that’s not the problem I have right now. The issue that I have, is that the Bidens, namely Jill, are such tone-deaf elites, that they don’t understand the importance of “commiserating” with the American people – at least a little bit – who are suffering right now thanks to Biden’s crappy economy, and sky-high inflation.

Instead of hosting the type of affair that Marie Antoinette would put on at the Palace of Versailles, complete with 200 LIVE lobsters that have been flown in from Maine, why not scale back some and put out a statement like this: “The White House State Dinner will be lovely. However, we understand that many Americans are struggling right now, and we stand in solidarity with them and have scaled back our dinner. We will put a bigger emphasis on friendship and unity, and forgo many of the usual bells and whistles, as we all work to conserve in order to get through this trying time.”

That would have been a winning message, trust me.

Instead, we get Jill Antoinette, who’s buying 200 seats in business class for a bunch of freaking lobsters.

I exaggerate, but you get the point:

“200 live lobsters were shipped from Maine to the White House yesterday morning to prep the butter-poached lobster course of tomorrow night’s State Dinner … per Chef Comerford. @FLOTUS in background”

200 live lobsters were shipped from Maine to the White House yesterday morning to prep the butter-poached lobster course of tomorrow night’s State Dinner … per Chef Comerford. @FLOTUS in background pic.twitter.com/Lvt6jBMapC

And there’s nurse Jill, standing in the background, observing all her pomp and circumstance. 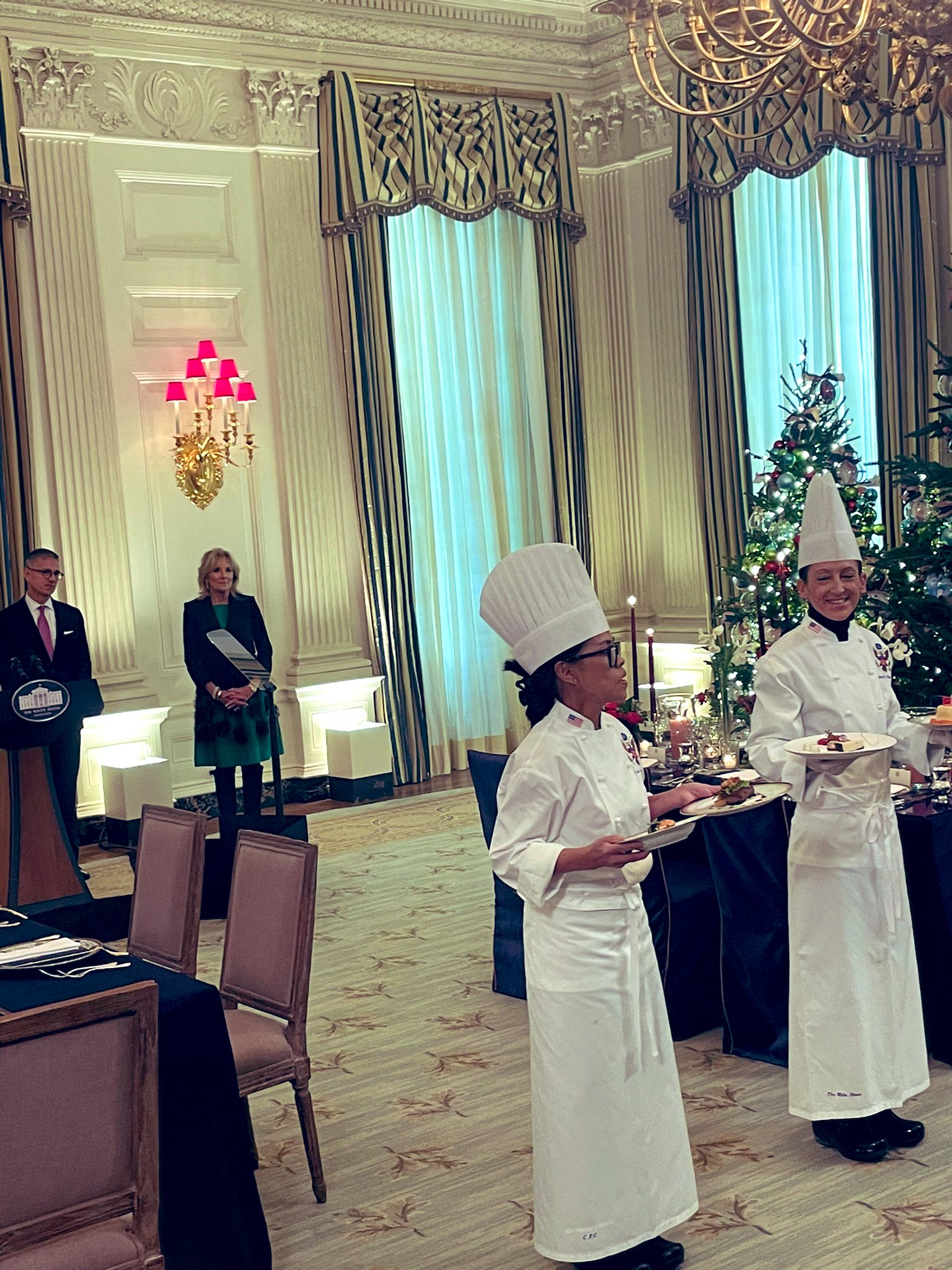 Here is a sample of the menus, for this lavish shindig Jill is putting on.

Yes, looks lovely, but again, many Americans are now shopping at Dollar General, just so they can feed their kids. Being “lavish” right now, and showing it off, is poor form. 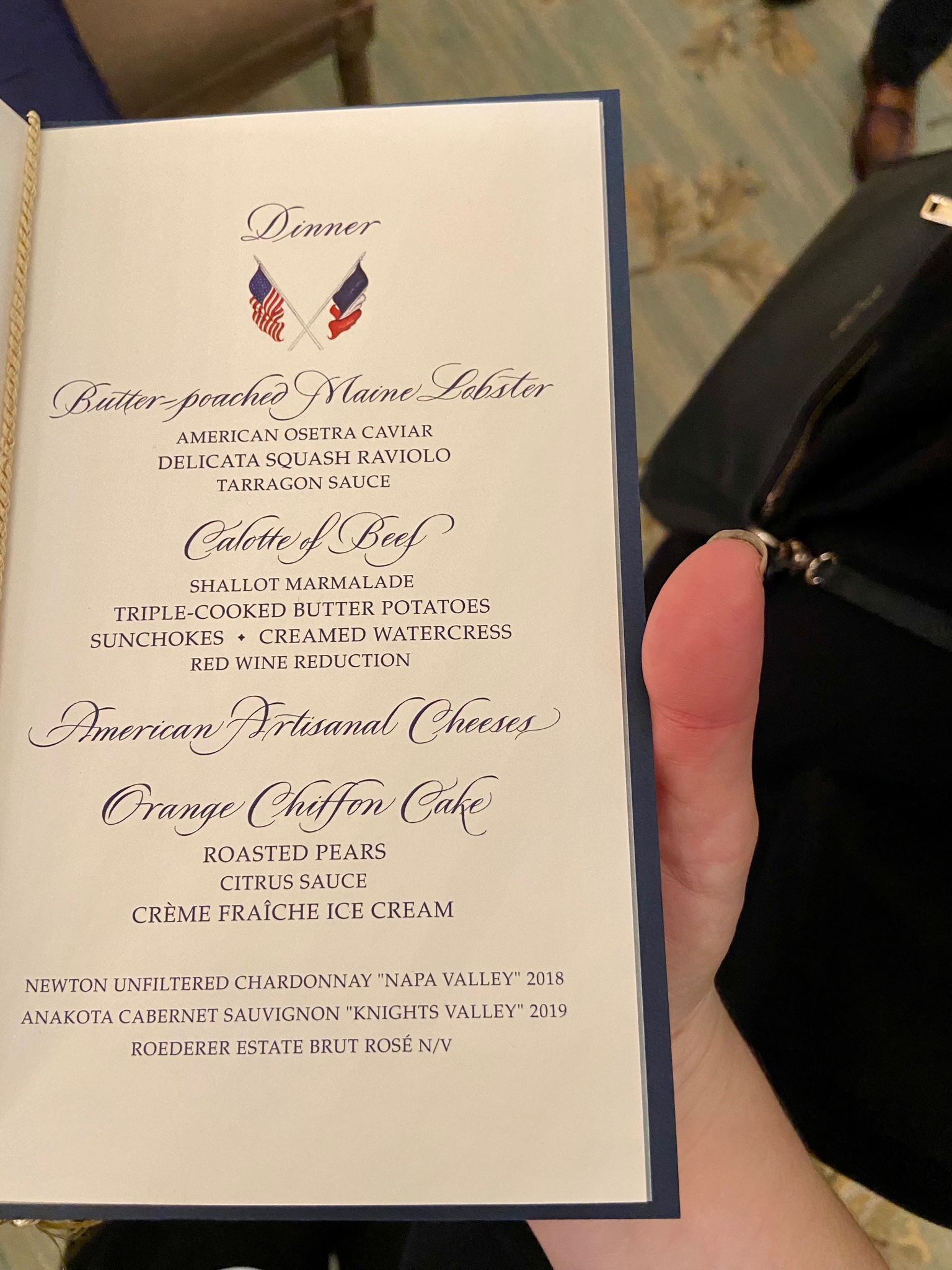 Meanwhile, Joe remains as unpopular as ever, and the country’s economy is getting worse by the day. Food costs are so high, most Americans can hardly afford canned tuna, let alone lobsters that have been flown in from Maine.

The White House on Tuesday had 200 live lobsters shipped from Maine to Washington, D.C., for a Thursday State Dinner, prompting Golden’s ire.

“If the Biden White House can prioritize purchasing 200 Maine lobsters for a fancy dinner,” Golden tweeted from his official account, then the president “should also take the time to meet with the Maine lobstermen his administration is currently regulating out of business.”

The “fancy dinner” Golden mentioned is in honor of French president Emmanuel Macron.

It’s just a bad look and really should’ve been handled better. Sometimes I wonder who is advising these people, Thurston Howel III? But honestly, it really doesn’t surprise me they went this lavish and opulent route.

The Bidens, like most left-wing and establishment elites, are out-of-touch, tone deaf, and don’t care what the lowly peasants like me and you think. They believe they’re untouchable, and in many ways, they are, so complain all you like, and cry out in agony, the Bidens won’t hear you from their gilded bell towers, where they are feasting and gorging themselves on lobster, flown in from Maine, and other “kingly delights.”

Just a th*ught, h*w much did it cost taxpayers to print that elaborate menu alone. I’m guessing that it cost more than most people (average) spend in a year on food for their families.