There is a lot going on today in the world of “died suddenly” and “collapsed suddenly.” As you likely know by now, a Bills player collapsed on the field during Monday Night Football and was rushed to the hospital. We now know that he had a heart attack on the field. He was only 24 years old. He’s currently in the hospital, and we pray that he will make it, but he’s in very serious condition. And now, we’re also learning that a former NFL player has died suddenly, of a likely heart attack, according to reports.

Uche Nwaneri, who played for the Jaguars, died at only 38 years old. He was a radical pro-COVID vaccine and vaccine mandate activist online. He was so passionate about big pharma and the COVID vaccine that he actually wanted unvaccinated Americans thrown in jail.

Here’s what he said in a tweet back in September 2021: 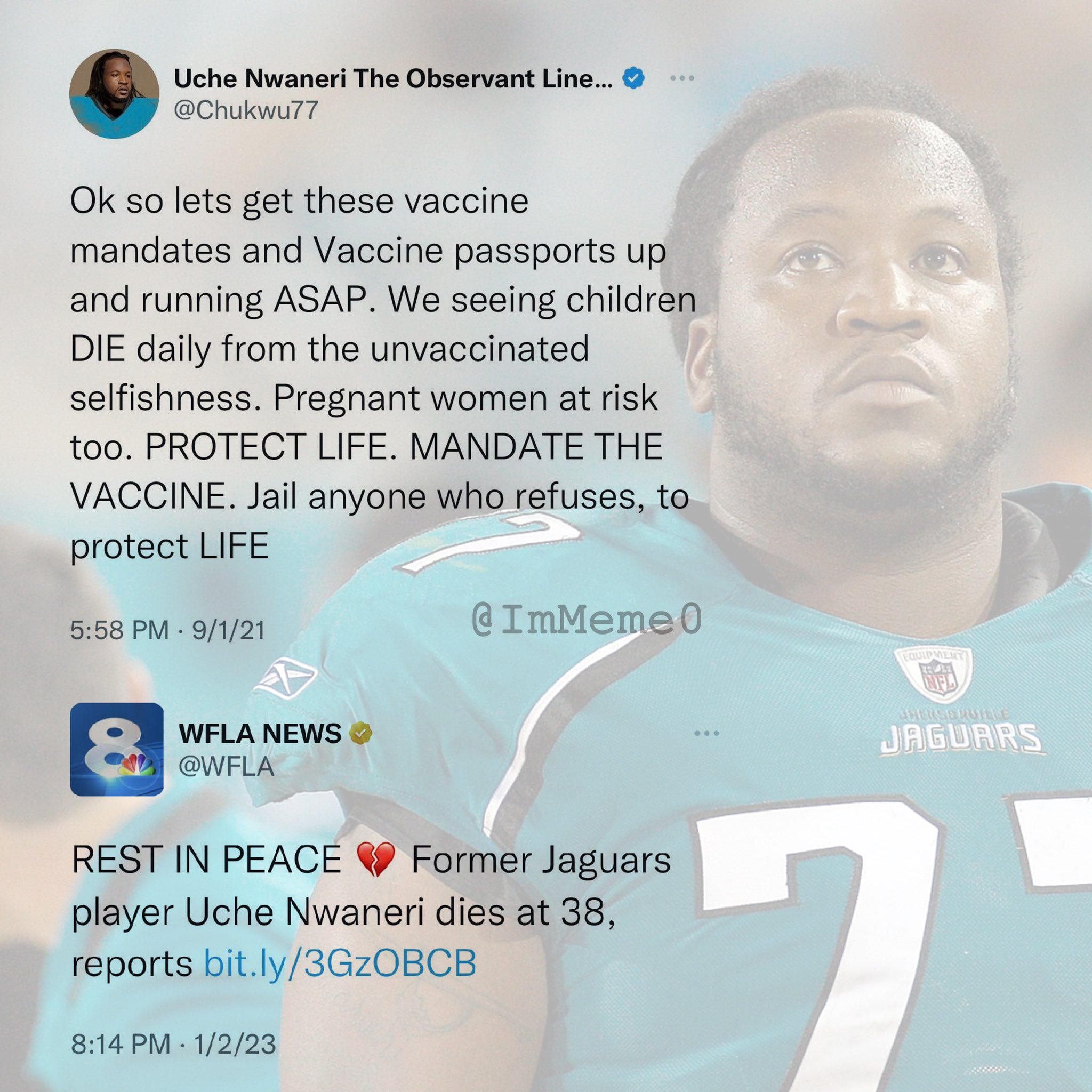 And now, he’s dead. It appears that he died in his sleep.

Fox News reported that Uche Nwaneri, a former NFL offensive lineman who played seven seasons for the Jacksonville Jaguars, has died, the team announced Monday. He was 38.

Nwaneri died Friday at his wife’s West Lafayette, Indiana, home after making a trip up from Georgia, according to the Lafayette Journal & Courier. Tippecanoe County Coroner Carrie Costello said Nwaneri’s wife found him unresponsive in a bedroom of her house at around 1 a.m. ET and called for help.

Costello said there were no signs of foul player and a preliminary investigation determined that the former NFL player died of a possible heart attack.

Word of Nwaneri’s death resonated in the NFL world.

Dr. Peter McCullough, who is a world renown cardiologist has called for a “vaccine investigation” into the Monday Night Football collapse, I can only imagine how he’ll feel when he sees this story.

I think it’s time for a very serious and bipartisan investigation into the vaccine.